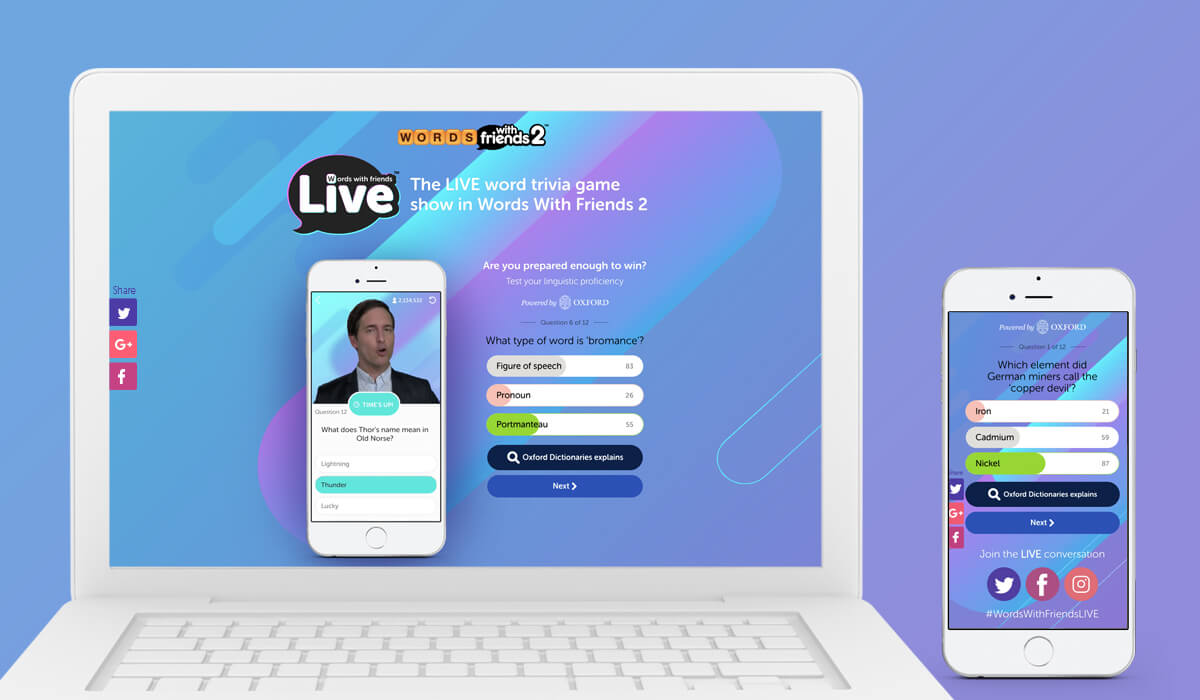 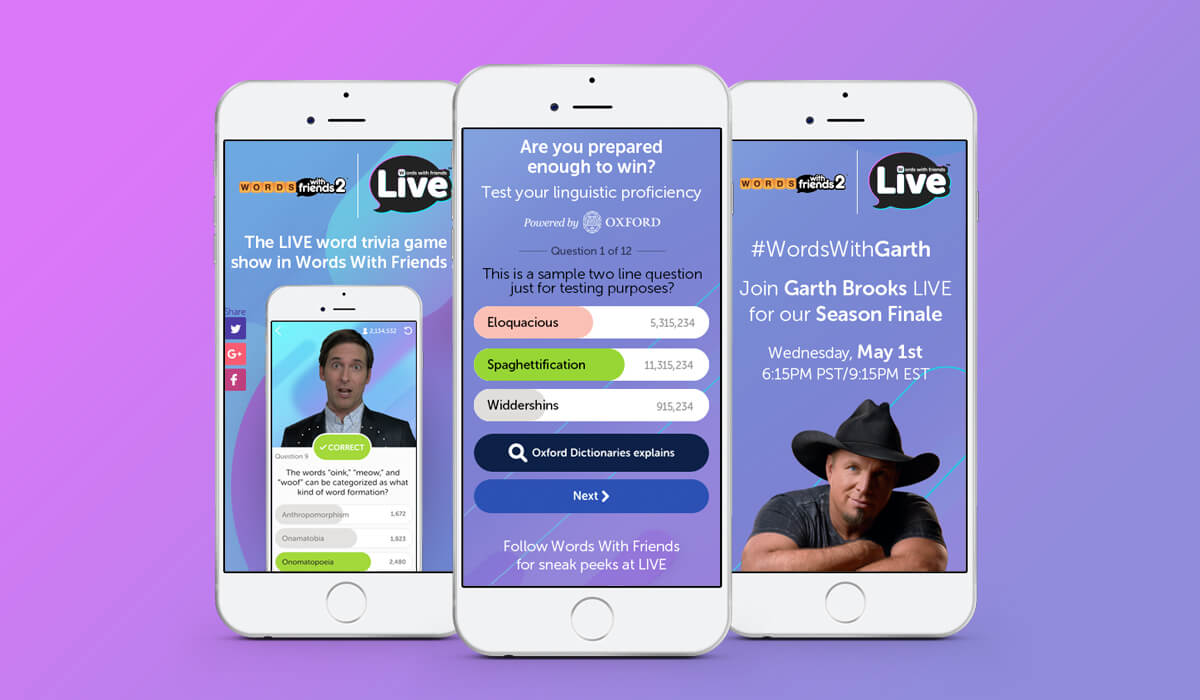 thousand page views in a month

Let’s be honest – can you name a more popular game than scrabble?

You want an answer? Well, all you need to know is that Zynga did a nightly live trivia game broadcast, Words with Friends LIVE, within Words with Friends 2. Country superstar Garth Brooks co-hosted the season finale that had the United States hooked.

Fuerza was a part of this.

During the six-month project, we combined several resources to create a light version of the game, teamed up with Oxford Dictionaries and, in the end, developed an interactive ranking with the performance of millions of players mapped out in real time via a complex heat map.

these companies have changed and stayed_